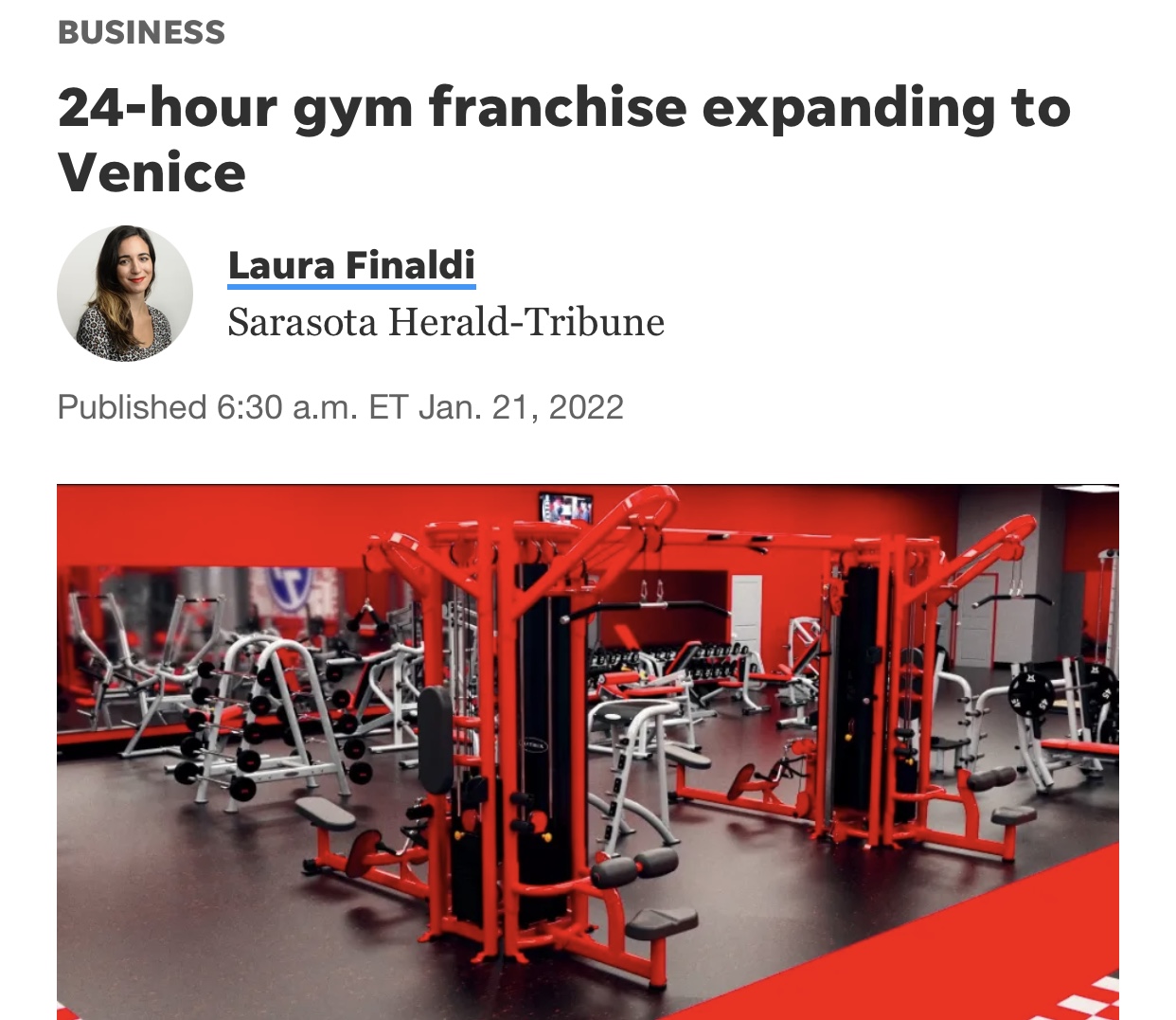 Another player in the fitness industry is planning to join the burgeoning Venice workout scene.

Workout Anytime, a 24/7 gym headquartered in Alpharetta, Georgia, is expanding into the Sarasota area this spring. It will operate in an 8,000-square-foot space in the Venice Plaza shopping mall at 478 U.S. 41 Bypass North.

The local franchise owner is Mike King, a two-decade veteran of the fitness industry. He started selling gym memberships right after college, worked his way up and eventually decided to open his own gym business about five years ago.

He looked at a flurry of national gym brands and decided to franchise with Workout Anytime because he was impressed with the consistent quality of its facilities across several locations.

“With Workout Anytime, they’re all incredible. There’s not a bad one. I didn’t get that experience with some other brands I looked into,” King said.

He currently owns and operates four locations in the Asheville, North Carolina, market and one in eastern Tennessee, which he opened a month after the whole world shut down in March 2020 because of COVID-19. That was tough, King said – he probably would have pumped the brakes had he known a global pandemic was exploding. But today, gym attendance figures are almost back to where they were pre-pandemic.

Nothing positive ever came out of COVID, but one thing that came out for us was the education of residents and citizens. A lot of Americans learned that their immune systems are important, and I’ve seen since then a dramatic amount of enrollments of first-time gym goers,” he said. “COVID kind of scared them into realizing, ‘I need to start taking care of myself.'”

Like so many other business owners in Southwest Florida, King chose to expand into the market – including territory from Clearwater to Fort Myers – because of a love for the area.

He got married in Clearwater in 2020 and he’s searching for homes near Dunedin amid a crazy time for the Florida real estate market. The next gym will open in the Sarasota area, he said.

Venice already has several established gyms and workout facilities, including YouFit, Planet Fitness, several CrossFit places and smaller studios like B Fitness and Smoothies. What sets Workout Anytime apart is its 24-hour operation, vast selection of strength and cardio options, fitness classes and an on-site recovery room that will have a sauna and offer massages.

“You’re not just going in there to sweat and get your butt kicked – that’s part of it – but we want to focus on mental recovery as well as physical recovery.”