Workout Anytime is a 24-hour, seven-day-a-week fitness concept with more than 40 Georgia locations. 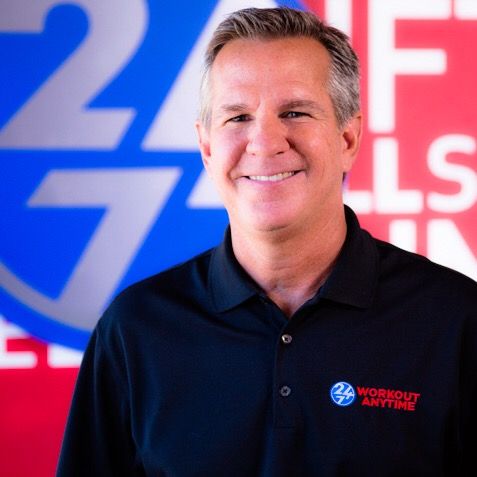 ALBANY — Atlanta-based Workout Anytime, a gym company with 175 locations nationwide, is considering locating a franchise in Albany as part of its possible south and central Georgia expansion, according to an official with the company.

Workout Anytime officials say it is a 24-hour, seven-day-a-week fitness concept formed to provide members with “first-class fitness facilities at the lowest cost possible, while delivering a profitable and affordable business model to franchisees.” The company is expanding its brand in Georgia to include more rural communities.

Randy Trotter, senior vice president of development at Workout Anytime, said the new locations in southwest Georgia will be in Albany, Tifton and Valdosta. A location already exists in Americus.

Most often, Trotter said, a Workout Anytime franchise will be located where it can be anchored to a grocery store or shopping center.

“What we have found is that while we do great in (larger) cities, in smaller towns, they are underserved for what we offer,” he said. “Strategically, we put them in Albany and places like that.

“We are very specific in what we want in a location.”

Trotter said the facility planned for Albany, expected to be roughly 8,000 square feet, will offer a number of different exercise opportunities. A basic membership costs $19 a month, and members can use any Workout Anytime facility in the United States.

The company is also planning to establish a footprint in Savannah, Dublin, Augusta, Warner Robins and Perry. Members using those facilities can expect to be able to take part in small group and one-on-one training, while using dozens of cardiac pieces and weights.

Trotter said last week that the Albany location is under real estate negotiations, and that a few letters of intent have been sent out. He said the company anticipates opening at the end of the year.

“We looked at areas that are underserved for our high-value model,” he said. “We are expecting to open more clubs and make the brand more valuable.”

More than 40 Workout Anytime locations are currently available in the state. Expansion plans include the opening of a Brunswick location this week and are expected to bring a total of 200 locations under the company’s umbrella by the beginning of 2020.

More information about the company can be found at https://workoutanytimefranchise.com