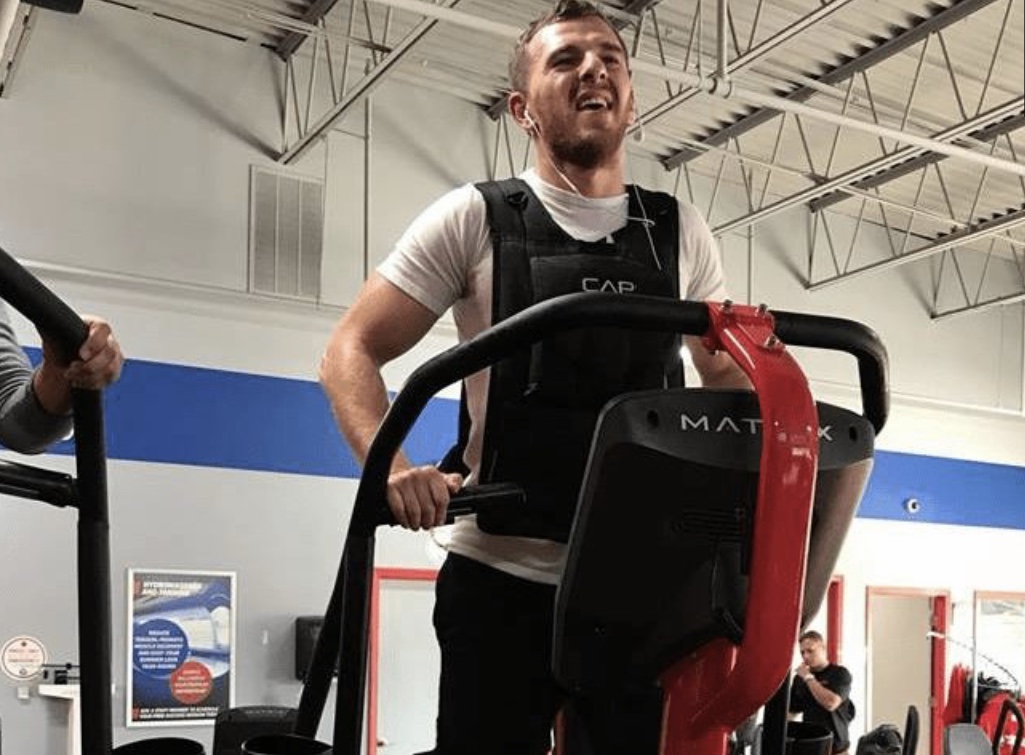 September 11, 2001, was one of the darkest days in American history — an attack on the World Trade Center in New York City, the Pentagon in Arlington, Virginia and a fourth plane that crash landed in Pennsylvania seemingly brought the world to a stop. But amidst the smoke, debris and chaos, there were countless first responders who acted heroically to rescue survivors from the collapsing towers.

Several lost their lives in this tragic attack. To remember the sacrifice of those who laid down their lives and many more who risked theirs to save citizens in the area, Workout Anytimefranchises in Marion and Lenoir, North Carolina, hosted a 9/11 Stair Climb Challenge on Tuesday, September 11.

The challenge takes place on a stair climber, and participants have to see how quickly they get up 110 flights of stairs. On September 11, 2001, firefighters at the scene of the attack in New York City hurried up 110 flights on stairs in the World Trade Center towers to rescue survivors.

“I figured since I happen to have stair climbers and I own a gym, there’d be no better way to be able to honor those first responders at our facility,” said Mike King, the owner of Workout Anytime franchises in Marion and Lenoir. “We invited all of our members to take a moment and climb those stairs.”

The idea is for participants to get even a small taste of the daunting task facing those first responders. “Even though the task is by no means anywhere close to how hard it was for those firefighters in all their gear — with the temperature rising as they were running up the stairs, knowing they may not come back down — it still gives them a chance to get on those stair climbers,” said King. “They also start to think about the people who did lose their lives on that day.” In addition to the Stair Climb Challenge, King’s Workout Anytime locations open their doors to any first responders, whether they’re members or not.

“Anyone who’s a first responder — police officer, firefighter or EMS — can come in for the challenge, then stay for the day and enjoy our facilities at no charge,” said King.

According to King, this year’s event and last year’s event drew several local first responders through the door. On Tuesday, a group of firefighters did the challenge in their gear, just to get a clearer picture of how difficult the climb would have been on the day of the attack.

At the end of the day, what’s most important for King and Workout Anytime is bringing the community together under a united purpose. “Whether it’s a Veteran’s Day event, Memorial Day event, or some other type of event we can come together for, it’s great to come together while focusing on our health at the same time,” said King.