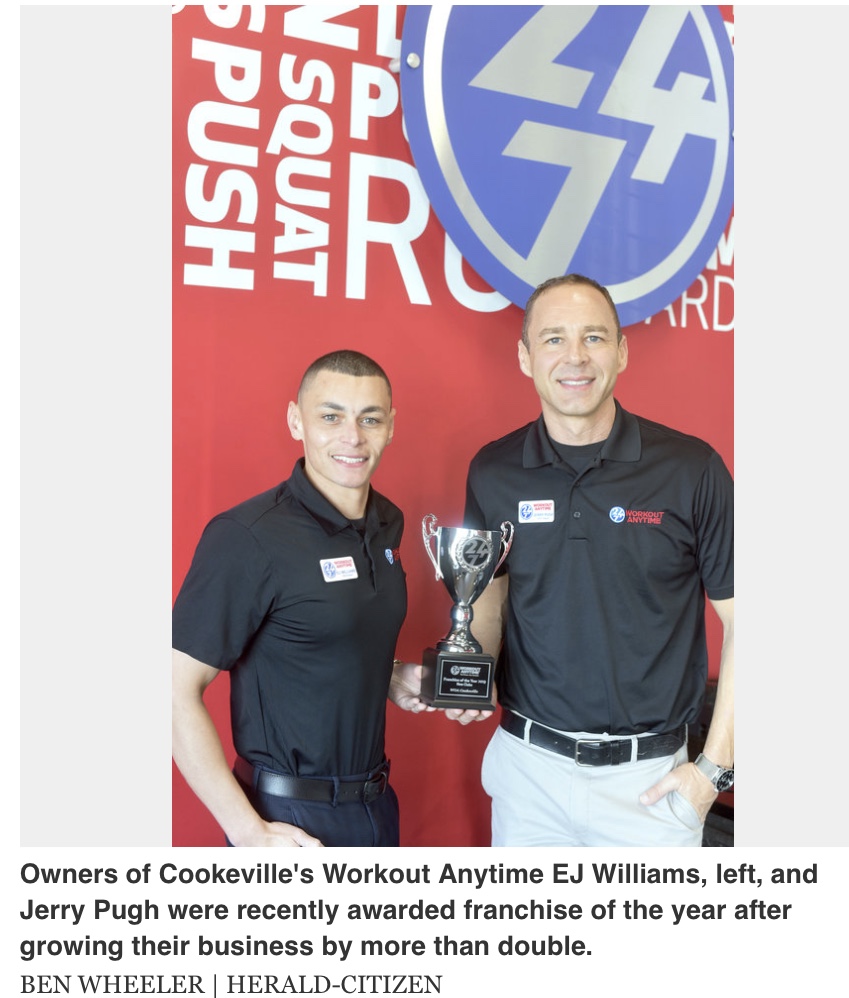 Pugh said part of that came from reinvesting in the business after they purchased it from the previous owners. “Some competition had moved in in 2014 and the other owners weren’t updating the club,” Pugh said. “It was a smaller location, so we knew in order to compete with these larger franchises that we had to get larger and offer new services.” ‘We needed to offer more things like more tanning, hydromassage, group training and more things that others weren’t doing.” The move to 120 S. Willow Ave. doubled the amount of space for the business and eliminated a lot of the complaints patrons had about the previous space on South Jefferson Avenue. “Our biggest complaints about our old location were the parking, hard to get out of the parking lot and the gym was too small,” Pugh said. “When EJ and I took over, the decision was if we really wanted to compete, we have to move. We had grown our membership to 900 members (before the move).” “When we moved in here (Willow), there were 10 spaces still available to rent (in the complex), now there’s only one.” The pair now own seven Workout Anytime locations and manage three more in Tennessee and Georgia. Williams said it’s helping others see results that keep them motivated to grow their gyms. “People go to the gym for their best hour of their day,” Williams said. “Seeing results from members, changing people’s lives and giving them a new outlook on life is why the passion for health and fitness drove us to keep going on. It’s one of the few businesses from which you get life-changing experiences”.