Morristown Firefighters climb stairmasters at Workout Anytime in commemoration of those first responders who risked their lives in the 9/11 attacks. Firefighters and the police, along with the participating community members, set a goal of 2,071 steps — roughly 110 flights of stairs — the same amount of steps in the World Trade Center. 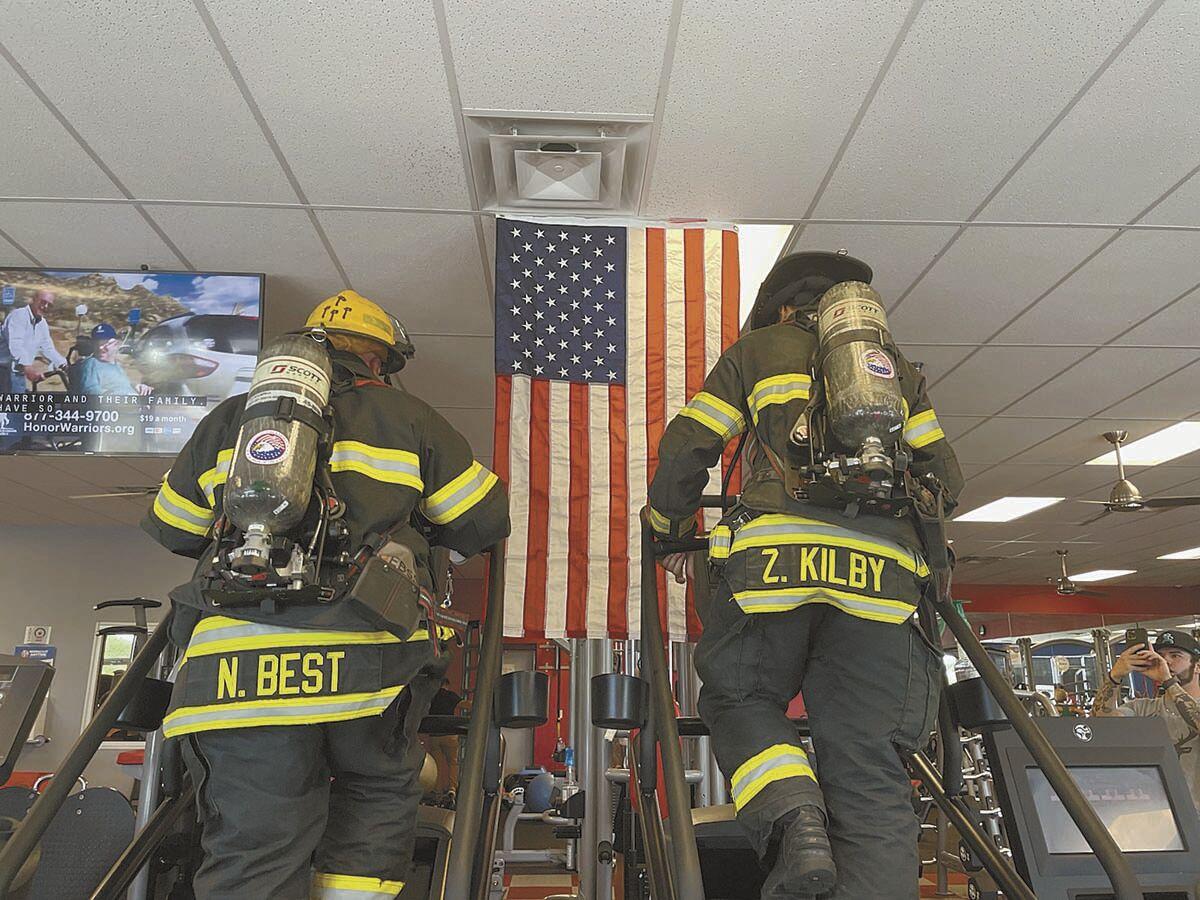 That was the amount of steps many firefighters took 20 years ago as they climbed toward the tops of the twin towers of the World Trade Center to battle a blaze that ended up taking their lives as the towers fell.

On the 20th anniversary of the terrorist attacks that fell the World Trade Center, Morristown firefighters commemorated the day in their own way.

They went to Workout Anytime in Morristown, wearing full gear, and climbed the Stairmaster to simulate what their brothers went through that day. It’s a way for those firefighters to remind people of the sacrifice.

“It’s a humbling experience,” Anthony Livesay, training officer for the Morristown Fire Department. “We don’t want them to forget. It seems each year more people forget.”

Livesay said the fire department has been doing the commemoration for about four years now.

Because of COVID-19, the department had to limit the number of participants this year, he said.

There were two Stairmasters and firefighters climbed 110 floors on each.

As they climbed, Livesay said each firefighter had a chance to recollect on the more than 230 of their brothers who died on Sept. 11.

Cody Lamb. general manager for Workout Anytime, was instrumental in inviting the firefighters to the fitness club.

“We think it’s important to remember all the lives lost in 9/11, especially with the 20th anniversary,” Lamb said.

In a way, it’s a way Workout Anytime can thank the firefighters.

“We appreciate those guys and what they do every day,” Lamb said.

The club held a cookout for the firefighters and fed them.

“We’re proud to see our community coming together to honor the memories of those who lost their lives on September 11, 2001 20 years after the attacks,” Pugh said. “We want to show as much support for our local heroes as possible.”